The 1982 Royal Variety Performance, like its predecessor, also had a theme - this year was the world of dance.

From the moment when little Scott Sherrin self-assuredly opened the show, the evening set off at a fine tempo. The host was the master of dance, Gene Kelly, in what was astonishingly his first Royal Variety Performance. There was 'Yesterday's Tempo' with Bonnie Langford and others, and later 'Repercussions' starring ballet star Wayne Sleep and the well-named Dash Company. Dance of Broadway was also featured, and two star acts were Gemma Craven and Twiggy.

Adding humour to the frenetic pace were Michael Barrymore and the less-than-energetic Les Dawson.

The evening was a huge success, and it raised record amounts for the EABF (now the Royal Variety Charity).

Only 11 years old, Scott Sherrin had the honour of being the youngest person ever to have opened the 'royal show'. Although tender in years, Sherrin seemed impervious to the jitters which usually strike performers. "I don't usually get very nervous but I expect there will be a few butterflies, just before I go on,"  he said.

Scott's act was a song and dance number from the film Bugsy Malone. His inspiration was a very famous Hollywood star: "Gene Kelly is my idol,"  said Scott,  "I've seen every film he's made."  And Gene Kelly was there to see Scott make his mark on one of the great institutions of show business.

Laurence Olivier was a surprise guest at this night's show. What may have seemed even more surprising was that the actor was asked to appear in a show which was honouring the world of dance. However, Sir Laurence showed his knowledge and appreciation of musicals and entertainers when he introduced  Twiggy in a spot from her show My One and Only.  "It was a brilliant show ,bristling with irresistible Gershwin melodies"  he told the audience, "She (Twiggy) captured my heart entirely."

He could have added that for the first time in Broadway history performances were re-scheduled, so that Twiggy and Tommy Tune could fly to London to appear in the Royal Variety Performance. There was even one spectacular number that required a swimming pool, specially erected for the night!

During his act, Michael Barrymore snatched Mrs Beryl Low from the stalls to dance with him. Apparently, many people thought that she was 'a plant' in the audience, a misapprehension that was vehemently denied by Mrs Low, who stated, "I am a fishmonger and I shall be back on my stall in Harlow tomorrow. I don't know what my customers would think if they knew. I just can't believe it."

Wayne Sleep and the Dash Company 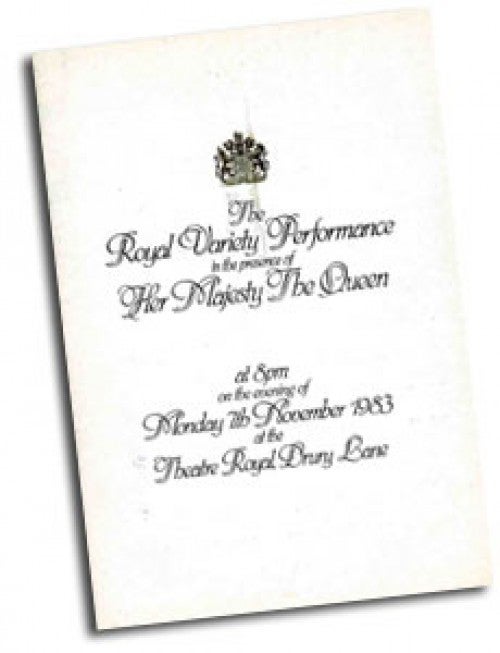 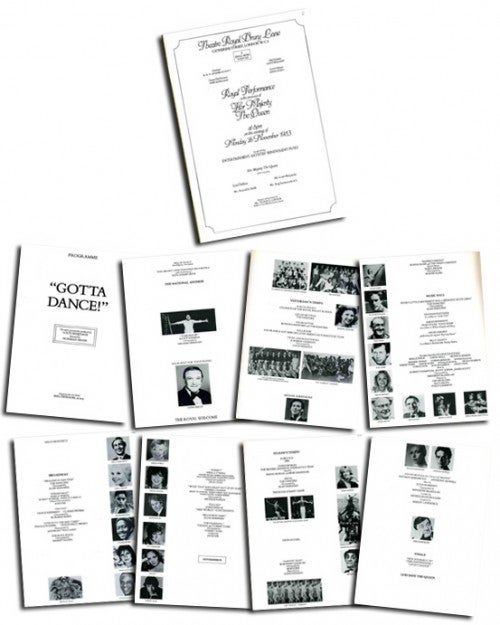