This Royal Variety Performance had an added significance in that it was devised as a salute to the Queen Mother, who celebrated her eightieth birthday that year.

In planning it, Louis Benjamin and his colleagues planned a programme that spanned and reflected the very best in the field of light entertainment, from a nostalgic look back to the 1930's to the exciting tempo of the 1980s.

The evening got off to a perfect start with Joe Loss (himself 70 that year) and his orchestra.

After some 'Crazy Rhythm' with Una Stubbs and Lionel Blair, the theme switched to music hall. Those taking part in this wonderful extravaganza included the great student of music hall and Chairman of the Entertainment Artistes' Benevolent Fund (now the Royal Variety Charity), Roy Hudd, and Arthur Askey, Chesney Allen (at 86), Billy Dainty (who impersonated Allen's late partner Bud Flanagan), Charlie Drake, Tommy Trinder and so on - a marvelous tribute for the Queen Mother to savour.

The second half was devoted to 'The Hollywood Salute' with Sammy Davis Junior, by now a Royal veteran, Peggy Lee, Larry Hagman and Aretha Franklin.

Lionel Blair was associate producer for the show and took the American side of the programme under his control. This included looking after Danny Kaye who announced that he wanted a microphone in the Royal Box, so that he could sing ' Happy Birthday' to the Queen Mother and she could sing back. "To this day"  admits Louis Benjamin, "I don't know if the man was serious. I never, ever found out."  Suffice it to say that Danny Kaye did not get a microphone, nor did he sing 'Happy Birthday' to the Queen Mother.

One of the highpoints of the evening was the sight of Larry Hagman dancing with his mother, Mary Martin. Thirty years earlier she had been the star of the legendary show, South Pacific, in which, interestingly, Larry Hagman had appeared in the chorus.

One of the burning questions of the time was 'Who shot JR?'  Not even the Queen Mother could prise the answer from Hagman, who maintained that his lips were sealed on the subject. Mind you, his lips had been sealed on stage earlier in the evening when he dried during his sketch and completely lost his lines. Roy Hudd was standing with Hagman's mother in the wings and heard her say, 'Jesus Christ, he's dried'  and then went on to get him started again.

The audience loved this and to give him credit so did Larry Hagman. When it was suggested that the slight mishap could be cut from the television broadcast, he answered, "No, you leave that in. The old girl got me out of trouble"  - and in it stayed.

That year Roy Hudd regarded himself as 'the Shirley Temple of the outfit'  judged against most of the other comics on the bill whose combined ages added up to a prestigious total - Stanley Holloway, making his last stage appearance, alone was over 90! They were all crammed into one dressing room which for the two days of rehearsal was almost constant bedlam with the likes of Arthur Askey, Cyril Fletcher, Sandy Powell, Tommy Trinder and Ben Warriss. The noise in there had to be heard to be believed and even Billy Dainty who was the greatest talker of them all on his own couldn't get a word in. They talked solidly for four hours, then went down to the stage for a chorus of 'Strolling' and went home. The next day it was the same story. Another four hours of non-stop joking and chatter, another chorus of 'Strolling' in the run-through and then back to the dressing room. Half an hour before the start of the show silence fell and Bill Dainty, who had taken refuge in the shower to get changed, looked out and said, 'Thank goodness they've stopped, now perhaps they can think about what they're meant to be doing.'  At that moment the door opened and in walked Charlie Chester who hadn't been to any rehearsals and they started again! Roy reckons they were still talking in the wings as the orchestra  struck up the first note of 'Strolling'!

Joe Loss and His Orchestra 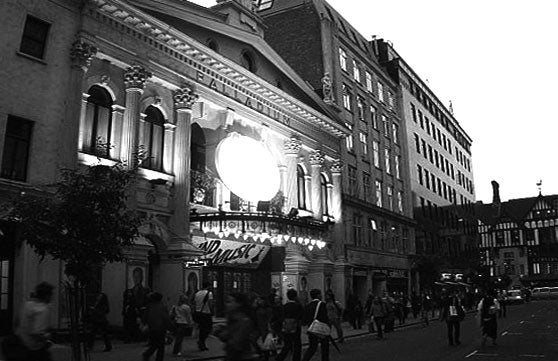 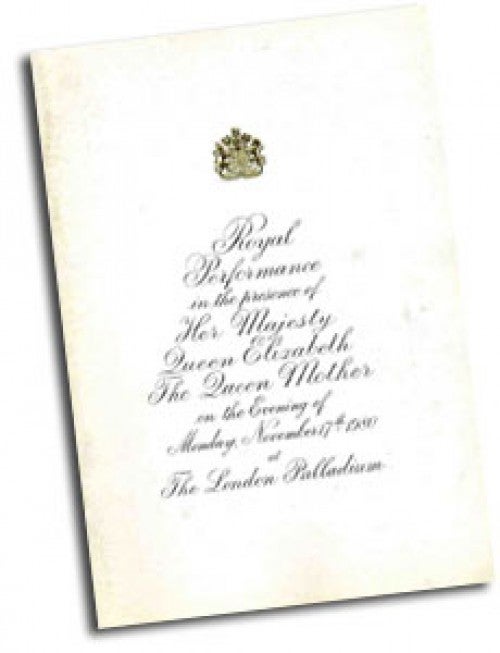 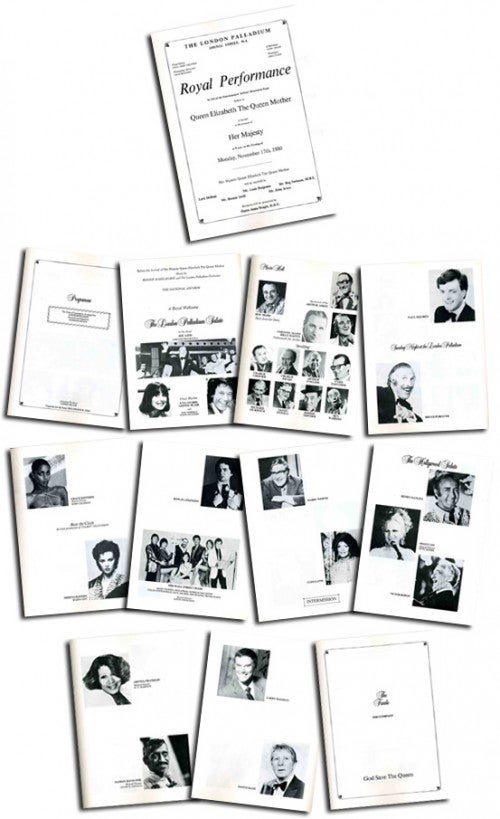