On paper the 1976 Royal Variety Performance at the Palladium  looked to have one of the smallest cast lists for a long time. But what it lacked in quantity it more than made up for in quality in a talented line-up.

French singer Gilbert Becaud, who had missed an earlier show, at last had his chance to show the Queen Mother what he could do. And, rounding off a successful night, was the ever-popular singer from Tiger Bay, Shirley Bassey.

The prospect of broadcasting the Royal Variety Performance live was intriguing. To some there was the tantalizing possibility of seeing how any hitches that would have been edited out of the shows in previous years were really dealt with. Others were satisfied with simply enjoying the night's entertainment at the same time as the theatre audience. One viewer, Mrs Queenie Perkins, quoted in the Daily Mirror the following morning, spoke for millions when she said, "It was certainly worth watching. You look at the show differently when you know it hasn't been pre-recorded. It becomes that much more enjoyable." 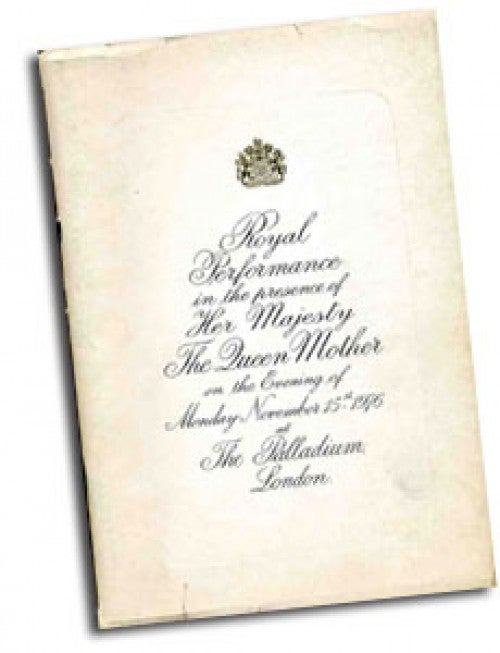