Astonishingly, nine our of the eleven acts at the 1973 Royal Variety Performance at the Palladium (the 25th to be held there) were making their debuts.

This made no difference to the quality of the evening's entertainment, the Queen and Prince Philip as usual were treated to some wonderful performances.

Les Dawson, the droll, dead-pan comic was a major success story on the night and appeared to be very popular with the Duke of Edinburgh in particular.

The contrast could hardly have been greater with the appearance of two great names of ballet, Lynn Seymour and Rudolph Nureyev - truly a night of variety!

One of the 'old hands' of Royal Variety Shows, Ronnie Corbett, was at his relaxed best before leading on to one of the high spots of the evening, Duke Ellington and his Orchestra.

To 1973 belongs one of the most frequently told stories of the Royal Variety Show, centred on the big name of the night, Duke Ellington. Due to yet another travel mix-up, this time en-route from Kenya, he and his musicians arrived after the rehearsals, with only an hour and a half to go before curtain up. While some of his musicians went to the theatre to take notes from Robert Nesbitt and find out what they were supposed to be doing, Duke Ellington, who was not young by that stage, retired to be bed exhausted. To add to the mounting chaos the band's musical instruments were still sitting in the customs area at Heathrow! Tahoe show had been running a nail-biting 15 minutes before the instruments and band clothes finally arrived. It wasn't until the interval that Robert Nesbitt actually saw Duke Ellington, lying stretched out in his dressing room in the dark. They went through the details of his entry through the curtain before the band was revealed.

When it came to what they were going to play, the director was happy to leave it to Ellington to decide. His only advice was that the Duke of Edinburgh's favourite tune was 'I'll Take the A Train'. Bearing in mind that he was talking to someone who hadn't even been able to set foot on the stage it was pretty nerve-racking.

Great artiste that he was, Ellington carried it off perfectly; stepping through the curtain to take his bow, he turned round and as the curtains opened to reveal his musicians he went straight into 'I'll Take the A Train',   which was a great way to start.

The popular and articulate singer Nana Mouskouri was sadly unable to appear in this year's show due to a throat infection.

Duke Ellington And His Orchestra 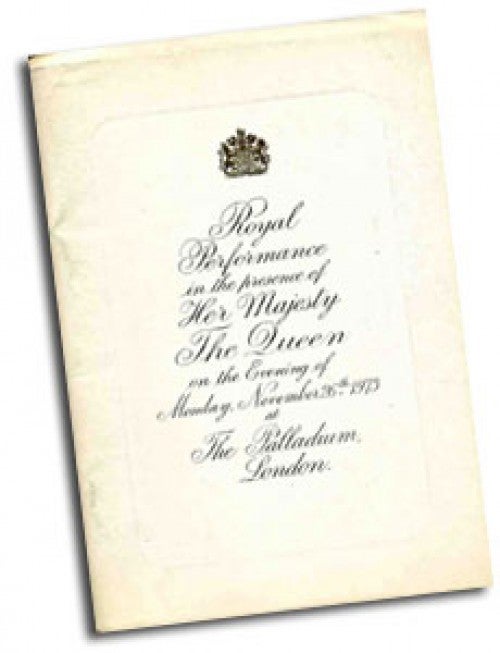 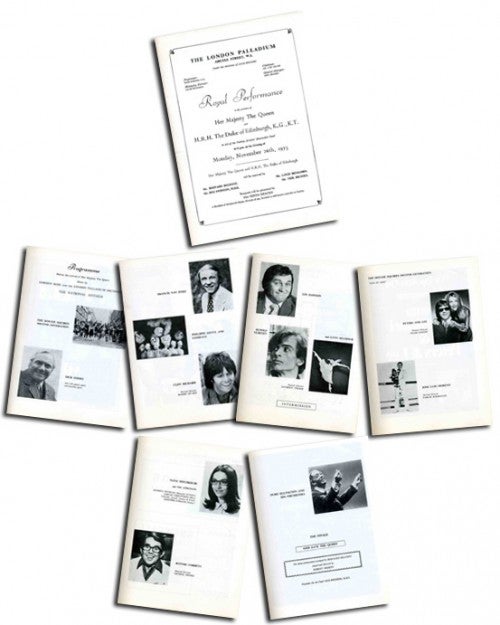