A new-look Royal Variety Performance proved a big hit at the Palladium in 1972. The programme was more 'personal' than previous ones, with fewer big-set pieces in favour of a more one-to-one approach.

And for the Queen Mother there was much individual talent to enjoy. Dickie Henderson, a polished  compere, suffered at the hands (or rather beak) of Rod Hull and Emu; Ken Dodd and Mark Yarwood, two big TV stars at the time, delighted the audience, while there was plenty of glamour from Danny La Rue, Liberace and singer Jack Jones. Nor was there a shortage of pop with the famous Jackson Five - one of which of course was Michael Jackson - and the versatile Elton John. With eight acts making their debut it was a very successful night.

Only the sketch from the Till Death Us Do Part cast failed to take off fully as hoped, showing that it is  sometimes difficult to make the transition from television sit-coms to a live stage act in one move.

The BBC celebrated its fiftieth anniversary in 1972,  and the recording was broadcast on Sunday 5 November on  BBC television, highlighting the commencement of a week of Golden Jubilee celebrations the corporation was holding. Indeed, the show was held slightly earlier than usual in order 'to acknowledge and herald the historic event'.

The glittering star Liberace was certainly the sartorial highlight of the evening. Always out to excel in the costume stakes, for this evening's entertainment Liberace wore and electrically illuminated suit, costing £5,000. Fervent fans of the pianist were praying that there would not be a power cut!

Not to be outdone by Liberace, Danny La Rue's costume bill came to £7,000! It seemed that the female impersonator had the upper hand as he could boast of four costume changes during his act.

An appearance in the Royal Variety Show does not necessarily in itself bring wealth and glamour. The hard facts of life have to be faced prosaically. Anthony Booth (father of Cherie Booth, who later married Prime Minister Tony Blair in 1980) from the popular television series Till Death Us Do Part, signed on the dole the very day he appeared in this year's show, for he needed the unemployment benefit to keep him going during the lean months when he was not able to find work. A life treading the boards is not all it's cracked up to be, as Anthony explained, "I know it's going from the sublime to the ridiculous when I have to go on the dole after a successful TV series but that's the way it is for an awful lot of actors;"  - a lesson that drives home the importance of the work of the Royal Variety Charity (formerly the EABF).

The Jackson FIVE, including Michael Jackson 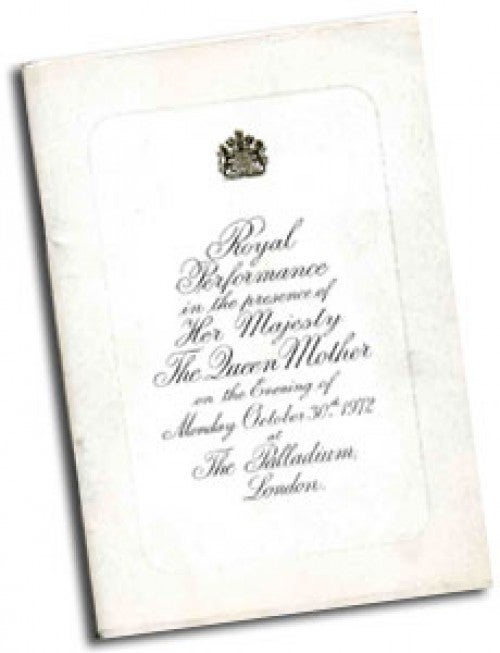 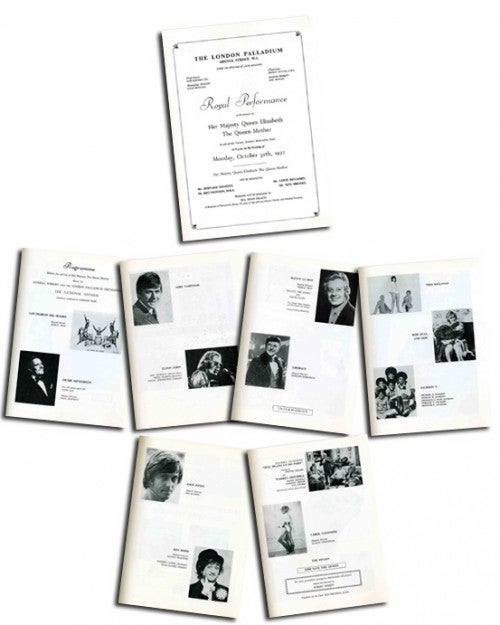