As always, the value of the compere was shown in the 1971 Royal Variety Performance held at the London Palladium, with Bruce Forsyth ably holding together his diverse package of acts on the show, while injecting humour of his own. The evening got off to an energetic start with the Young Generation literally stepping into their dancing boots on stage. The pace was hardly less frantic with an unusual act from Sweden called The Stupids. Their comic acrobatic skills caused one commentator to liken them to 'Keystone Kops on LSD!'

Distinguished music came from singer Sacha Distel and brilliant musician Stephane Grappelli, before Shirley Bassey ended the show in her own inimitable style.

Once again, Tommy Cooper, with his very distinctive humour, took many of the honours for comedy.

Although the Royal Variety Performance is a charity show, the stars do not expect to have to pay for the privilege of appearing in it! Comedian Norman Collier found himself one hundred pounds out of pocket when he was asked to perform on the show. He had been booked by the Black & White Minstrels  for that night and in order to take part in the Royal Variety Performance he had to pay fellow comedian Derek Dene to take his place.

Tommy Cooper, a comedian who was always full of surprises, had a special one for the organisers of the 1971 show. After rehearsing his act, Robert Nesbitt checked with him that what they had just seen was exactly what he was going to be doing on the night. "It's going to run for five minutes?"  questioned the director. "You haven't left anything out, have you? That's what we'll be getting?"

Tommy Cooper said that was what he was going to be doing.Imagine Robert Nesbitt's astonishment, then when, come the evening performance, Tommy went on and did just three minutes - something almost unheard of among comedians at a Royal Variety Performance in this era.

The Little Angels of Korea were fifty children who appeared on stage in rather charming costumes and sang engagingly as their name implied. However, they did have trouble with the words of the National Anthem. Tears were nearly shed as they tried in vain to pronounce the letter 'Q'. No matter how often Robert Nesbitt gently corrected them, 'queen'  kept coming out as 'king'. When it was obvious that Anglo-Korean relations wouldn't be furthered by labouring the point, the issue was left to one side and the Little Angels saluted Her Majesty that night in their own inimitable style.

The Little Angels Of Korea

Jack Parnell And His Orchestra 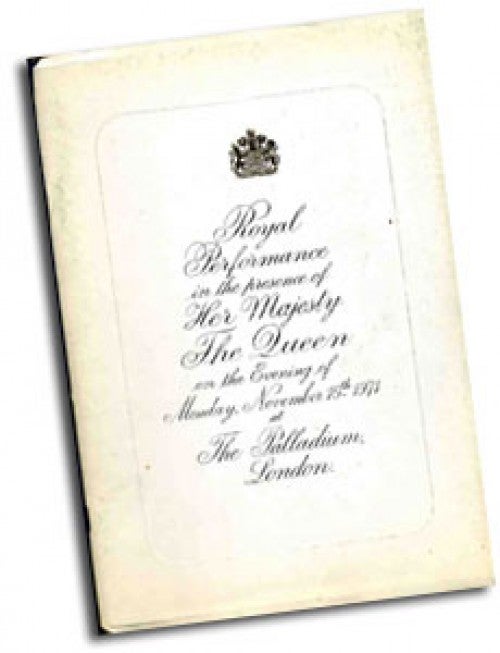 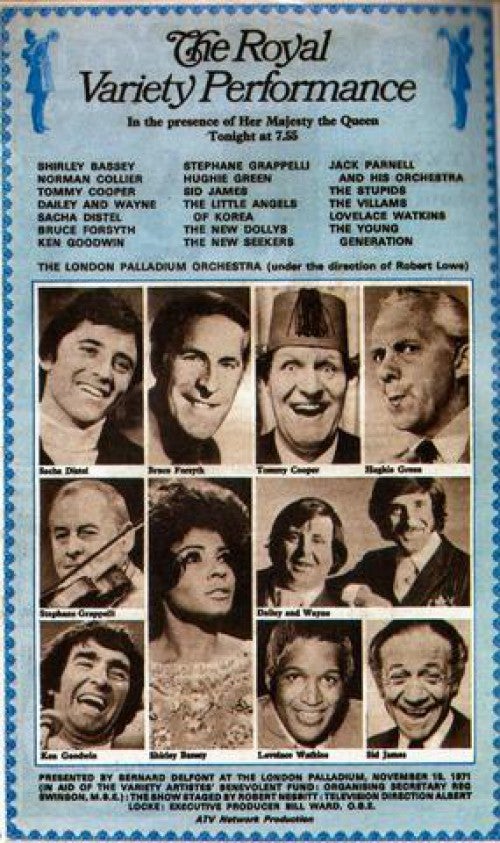 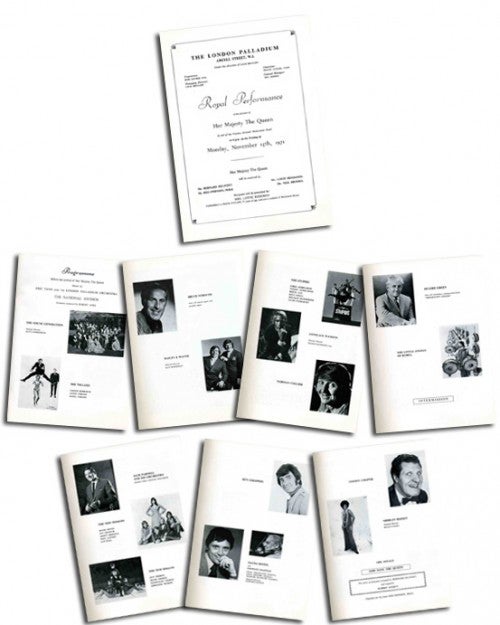