'Bring on the Dancing Girls' could have been the theme of the 1967 Royal Variety Performance, held once again at the Palladium. After an apparent shortage of ladies in the previous year's show, there was a welcome number this year. It began with the curtain rising to reveal the Bluebell Girls etched in silhouette before they went into their routine.

This took place before the Queen; Prince Philip, returning from an engagement in Canada, was just too late to see them. "Have I missed the Bluebells?"  he asked as he took his seat in the box. Yes he had, but there were more dancing girls to come accompanying the Rumanian Dance Company and Orchestra.

Two notable debutantes were pop singers Sandie Shaw and Lulu, while the comedy high spots were provided by Ken Dodd and Tommy Cooper. The evening was brought to an amusing climax by Bob Hope.

Sandie Shaw was wearing a special outfit to meet the Queen, a velvet knickerbocker suit trimmed with white lace, but during Sandie's performance, she was wearing her more usual apparel; a magenta mini-dress and of course her trademark of appearing barefoot. On being asked how she came to decide on the all-important outfit, Sandie answered, "A mini is fine on stage but I am told it would be more elegant to be presented to the Queen in something a little more special."

On of the dancers, Joanna Cran, nearly had a very unfortunate accident. She fell through a trapdoor during a rehearsal, but luckily managed to hold on to the sides until she was pulled up. Asked about her experience, the dancer showed true spirit, "I was terrified, but I was even more frightened I might not be able to appear in the show."

Without a doubt one of the greatest hits of the evening was Tanya the baby elephant ((all 1,600 pounds of her). Tanya appeared with Dickie Henderson and was soon a great favourite backstage. She became a regular frequenter of the stage door, waiting there patiently while her keeper slipped out for a drink.

Tanya and the stage door man became great chums and before popping out himself, he would hang up his jacket in which a couple of sweets were always carefully secreted in a pocket. "Now don;t go near my jacket" he would warn Tanya before he left. But she soon learned that there was something tasty to be found if she searched through the pockets and the sweets never went undiscovered.

In the end a little notice appeared asking the company to curtail their generosity lest Tanya put on weight. On the night of the show Tanya was given a tremendous round of applause when she held up a card reading "I work for peanuts". 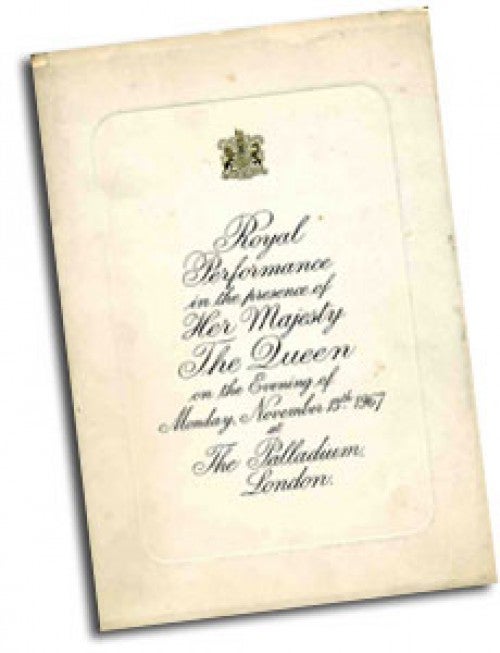 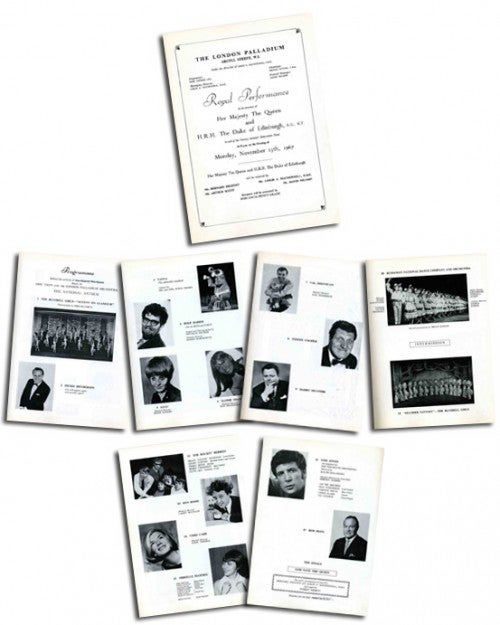