Much was expected of the 1952 Royal Variety Performance and much attained, coming as it did as the first of Her Majesty Queen Elizabeth II's reign. "This is the best show of all"   was Her Majesty's verdict on the programme, which included a number of artistes making their Royal debut, among them the Beverley Sisters, singer Ian Wallace, and zany comedian Norman Wisdom. Tony Hancock was a particular hit with the Duke of Edinburgh in his sketch featuring a lieutenant-commander in the Royal Navy.

From overseas came artistes like the American comedian Vic Oliver, Australian juggler Rob Murray, who used to mutter under his breath all through the act, and Nanci Crompton who travelled 3,000 miles from New York to dance at the show for a total of 3 minutes.

A last minute and unexpected addition to the programme was singer Maurice Chevalier, who was engaged for the summer at the Hippodrome. He was introduced to the delighted audience as 'the idol of the French music hall'.

Bud Flanagan had the dubious honour of warming up the audience at this year's show. He tried to make them less inhibited by the presence of Royalty by saying, "and don't look up to see if the Queen is laughing first, or you'll get on her blinking nerves."

One of the warmest rounds of applause was reserved for Gerry Brereton, the ex-commando who was blinded during the war. Having memorized his place on stage during the rehearsal, he was able to walk on stage without assistance to sing 'Here In My Heart'.

In his book By Royal Command, Bill Pertwee records the darker side of Tony Hancock's tremendous success that night, which was a sad comment on his own assessment of his brilliant career.

Hancock was sharing a dressing room with several other comedians, including Ted Ray, Jerry Desmonde and Norman Wisdom. Sitting at his dressing table he made up slowly, saying little to his companions but helping himself to a glass of brandy every few minutes.

After watching this for a while, Norman Wisdom, who drank very little himself, suggested to Hancock that he thought he's had enough and perhaps wouldn't be able to perform if he had any more to drink. In reply Hancock said he was all right and poured himself another glass. When his call came he left the others in the dressing room anxiously waiting for the tannoy to relay his act from the stage, apprehensive that this time Hancock wouldn't be able to exercise his usual genius. Their worries were unfounded. Tony Hancock left the stage to thunderous applause and returned to be greeted by jubilant friends. However, he seemed unmoved by their congratulations, finished off the bottle of brandy, put on his coat and slipped out of the theatre to find a pub while he waited for the finale.

The much loved Gracie Fields was appearing in her seventh Royal Variety Performance (her first, astonishingly, was in 1928) and was never more popular with the audience - and the critics. One wrote of her 'charm of personality, glittering technique and appeal of warmth and human feeling'; though the same critic missed the Rochdale-born singer's 'robust fun' and 'honest-to-goodness vulgarity' which marked her earlier years.

In the show she and Gigli came on together to sing their first duet, 'Come Back to Sorrento'. Both were extremely nervous, particularly 'Our Gracie', who confessed before the show, 'I've got got butterflies in my stomach - I feel this is all wrong.'

Her worries were soon allayed by the rousing reception she and Gigli received and, boosted by this, the audience heard her sing in faultless Italian. They were also highly amused by her blouse, which was adorned with an image of the Bay of Naples.

On the same bill was another female performer of almost legendary fame - Vera (now Dame Vera) Lynn. After a quiet spell following her wartime fame, Miss Lynn had recently broken into the West End bigtime in shows at the Palladium and the Adelphi.

The Crazy Gang: Gracie Fields With The Ilford Girls Choir And The George Carden Ensemble

The Band Of Her Majesty's Coldstream Guards 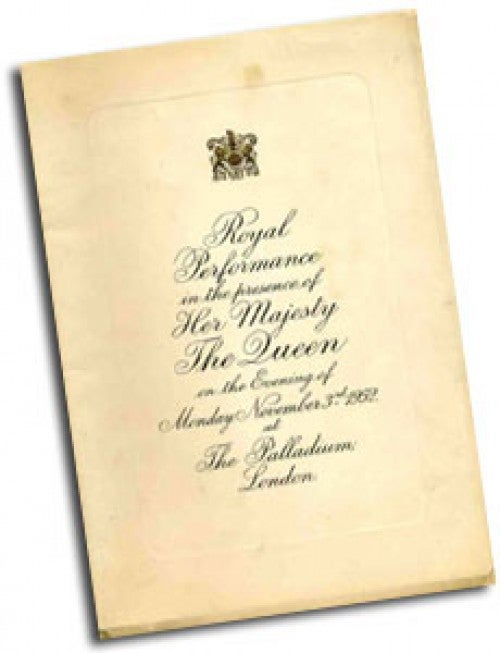 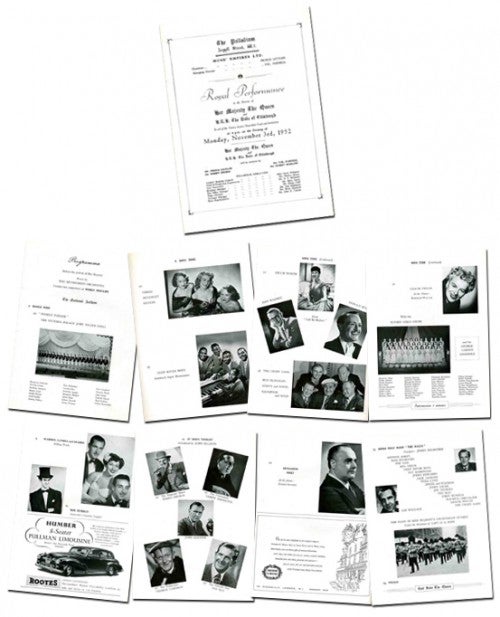