One of the world's great showbusiness stars, Danny Kaye, the American comic, dancer and singer, was a feature of the 1948 show at the Palladium and among other big names were comedian Ted Ray, Arthur Askey and Ted Heath and his band. But in many ways the performance was stolen by a thirteen year old girl, Julie Andrews.

She won the hearts of the audience with her own solo spot near the end of the first half and she rounded off the night with a beautiful rendition of the first verse of the National Anthem. "It was a thrilling finish" said one critic. The King and Queen's verdict on the show "One of the best programmes we have ever seen."

Charles Henry from Moss Empires described the tension behind the scenes. "It is" he said "an extraordinary thing how some people react to the importance of such an occasion as the Royal Variety Performance. At a crucial moment as one of the comedians was about to go on stage, he came to me and told me some gags and stories and asked me if he should put them in. Another artist, a musician in one of the bands, approached me as I was hastily doing something of importance, handed me a one pound note and asked me if I could get him four programmes. I had a lot on my mind at the time and told him so. It is of course a momentous occasion for the artists" Henry explained "and nerves play a big part."

Danny Kaye's success at the Palladium earlier in that year had been little short of meteoric. The critic John Barber had headlined his story on the young New York star "Kid From Brooklyn Conquers London." Another in the audience for Kaye's first night recorded that it took 'just ninety-five seconds' for him to establish himself as the "greatest personal success in the history of English music-hall for the last thirty years." Every other London critic was in agreement. So was the theatre going public. And so was the Royal Family who went to see him on more than one occasion.

With adulation like this, it was a foregone conclusion that Danny Kaye would be invited to appear in the 1948 Royal Variety Performance. Expectation was high, perhaps too high, for as many artistes have found, the audience on these occasions is like no other. Danny Kaye either failed to appreciate this, or misjudged it. One way or the other, he went down well, but with nothing like the stupendous acclaim that everyone had anticipated.

All the same, he had the opportunity to end on a high note, joining Bud Flanagan and Chesney Allen in a chorus of their ever popular 'Underneath The Arches', before the three of them sang 'There's No Business Like Showbusiness.'

As an indication of the reverence in which the Royal Variety Performance is held in the profession worldwide, the British press reported the Hollywood film in which Danny Kaye was working at the time had to be halted for ten days while he made the trip to London for the show - at an estimated cost of £12,000!

Ted Ray, who appeared on the same bill at the Palladium as Danny Kaye, used to introduce him to the audience each night, and the two of them became great friends. After the show one night Kaye asked if he could borrow one of Ted's pieces of soap, which was still subject to rationing. Ted Ray was happy to oblige but asked to have it back when his friend had washed. On his return to the States, Danny Kaye sent him a whole case of soap! The press, however decided that there was some rivalry between the two stars and asked 'Which is better, Kaye or Ray?'

On the night of the 'royal show' there was little doubt, though Ted Ray - who opened with the line "I've been in this business 40 years and now I'm down to doing a one night stand" and continued as a storming success - would never have seen himself as 'better' than Danny Kaye.

Following her overwhelming success on the night, Julie Andrews offered her thanks in the pages of The Stage, in the following announcement:- "From the Old Meuse, Walton-on-Thames, Surrey, To all my friends, Mummy and Daddy join me in a big Thank You for your great help and guidance, and especially dear Madam Stiles-Allen for her patience and loving care during lessons" JULIE ANDREWS

To sound a sadder note, this was the last performance of the comedienne, Nellie Wallace, who collapsed as she came off the stage and died several days later.

'Up In The Air' With The Cromwells, Kirsta & Kristel, The Myrons Warren Latona And Sparks

Ted Heath And His Band

Buster Shaver And His Trio Of Lilliputians 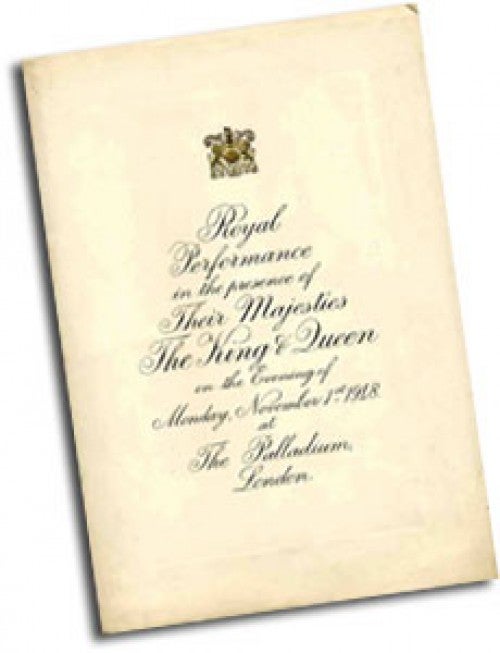 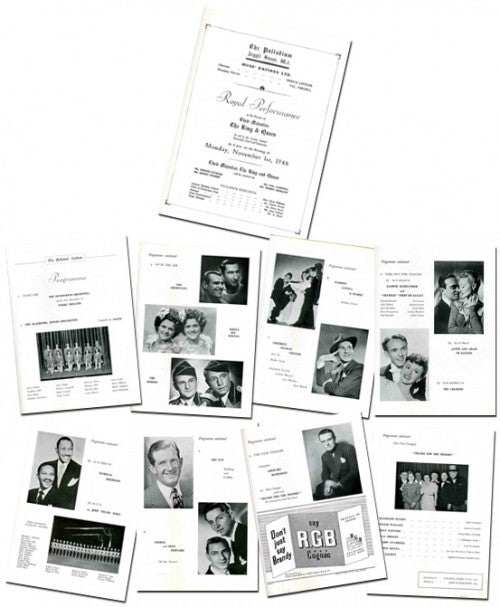