The King and Queen, joined by the two princesses, were treated to a rich array of talent at this year’s show at the Palladium.

Comic turns included the irrepressible Arthur Askey, who was warmly applauded by the Royal Party even before he appeared; the comic duo of Jimmy Jewel and Ben Warriss, appearing for the first time at a Royal Variety Show; Sid Field, Terry-Thomas and comedienne Tessie O’Shea.

An unexpected star was twenty-year-old Mar Naylor, the daughter of a taxi driver, whose ‘English rose’ looks and fine singing captivated the audience.

Police stepped up their presence outside the Palladium after problems handling a large crowd at the Royal Film Show on the previous night, saying The Royal Command Performance should be halted if they were to degenerate into ‘hysterical hooliganism for lack of foresight and competence in high place’.

Sid Field came very close to missing his second royal appearance when he was nearly knocked unconscious after his car collided with a van outside Buckingham Palace two days before the show.

Luckily he was well enough to appear, and came on with this superb feed, Jerry Desmonde – this year to have an exasperating game of billiards. Told to ‘pocket the ball’, a look of complete bewilderment came over Field, until with a smile he put the ball in his trouser pocket and started walking away with a ridiculous grin on his face.

That night he also treated the audience to other memorable comic creations like ‘Slasher Green’ and ‘The Photographer’.

Eddie Gray was not amused when a dastardly souvenir seeker robbed him of his prized possessions. While Eddie was rehearsing for the show, his famous moustache, stage clothes and props were stolen from his car!

Ever since the Royal Variety Show’s early days artistes have had a feeling that audiences are perhaps a little more critical or formal than at other variety venues. But big-hearted Arthur Askey wasn’t prepared to let that spoil his fun and he immediately warmed his 1946 audience when he looked out into the house and told them, ‘All you people in evening dress tonight – like a waiters’ convention!’

Tessie O’Shea was a very gutsy performer and well-loved for her sense of humour. As The Stage said, ‘She seems at her best when almost over bubbling with comedy… her performance was a first-class one. She put over the Money number extremely well, and every word was heard throughout the house.’

At Royal Variety Performances, rules are rules and apply to all and sundry, as none other than J. Arthur Rank discovered to his cost in 1946. Rank was expected to be present to say farewell to the Royal entourage after the performance. He was, however, a little slow in leaving his seat after the final curtain and had to stand to attention during the National Anthem. Still hoping to catch the Royal Party, he was stopped and refused admittance by an attendant who said, ‘No one can go up these stairs after the Anthem, until the Royal Party has left.

Harry Lester And His Hayseeds

The Wallabies And The Palladium Boys And Girls

Band Of The Training Ship 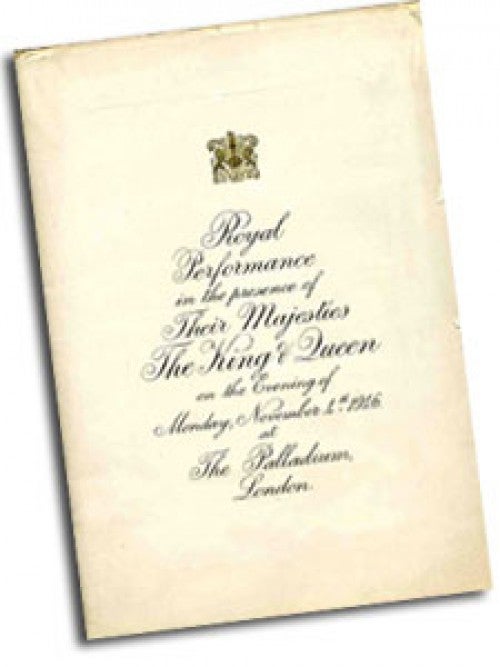 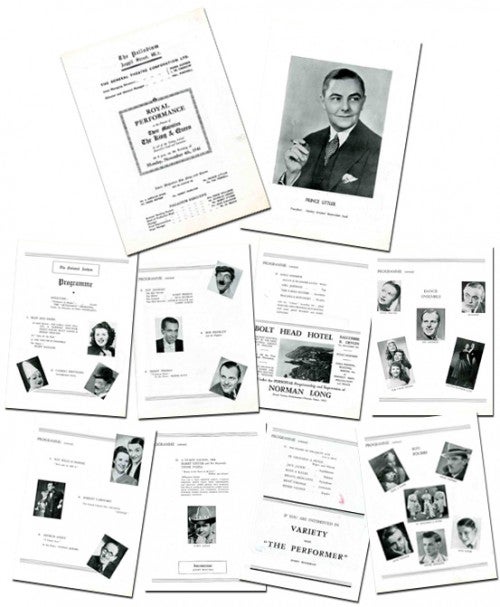