This was billed the Victory Royal Variety Performance, coming as it did a matter of months after the end of the Second World War. Inevitably it was an occasion of patriotic celebration. A policeman on duty expressed the general feeling of excitement and wonder: ‘Most of the young folks here had no idea that London could put on an event like this. This is really something like peace.’

Two of the ‘young folks’ present that night were the Princesses Elizabeth and Margaret Rose, who joined the King and Queen at the Coliseum for their Royal Variety Performance. His Majesty, dressed in naval uniform, and his family were given a rousing reception when they entered the Royal Box.

The Coliseum at this time was staging The Night and the Music, Robert Nesbitt also took the ‘royal shows’, several big numbers from this resident show were included in the programme, augmented by other artistes. Tommy Trinder was brought in as compére, melding the performance together with his humour, and extracting laughs even when coping with the distracting noise of scenery being moved behind the curtain. ‘I don’t know where they get the labour from,’ he quipped and won a knowing and delighted round from the audience.

There was further comedy from Sid Field, Jerry Desmonde and George Doonan, making their royal début. The American comic, Vic Oliver, was there too, as was Willy Hay. In the words of one commentator after the show, ‘It has been a reminder that this harassed post-war world can sometimes forget its squabbles in good-humoured laughter and delighted.

This was the fourth time Will Hay and his company appeared in a Royal Variety Performance, and included among his assistants in the scholastic comedy routines was actor Peter Byrne, who later achieved widespread popularity as Sgt Andy Crawford in the long-running television series Dixon of Dock Green.

One of the biggest successes this was the Colleano family, Maurice, Rubye, Joyce, Bonar and George, who drew on their circus background to thrill and amaze the Coliseum audience.

A novelty act called The Nine Avalons certainly caused a stir. They were the only speciality act of the night and created a great deal of excitement in the audience with their expert skating and feats of great skill. They seemed to be of particular interest to Princess Elizabeth and Princess Margaret, who were seen whispering to each other and excitedly pointed out the items that pleased them best.

According to some reports, the dress rehearsal for the 1945 show bore all the hallmarks of the classic show business adage ‘The worse the dress rehearsal, the better the opening night’. Though, given the very limited time then available to rehearse, hitches with lights, sound cues were hardly surprising. At one point Jules Adrian and Grace Spero were playing their romantic music when they were plunged into a lurid green light, which did little to cultivate the atmosphere they were seeking.

Sid Field and Jerry Desmonde performed their very popular golfing sketch, considered a classic variety humour. Field, absurdly dressed in loud golfing trousers, floppy cap and voluminous sweater, was supposed to be receiving his first golf lesson from the altogether more restrained Desmonde. The sketch was a masterpiece of misunderstanding in which the pupil managed to misconstrue just about everything the Pro told him to do, from making a ‘tee’ of sand which Field interpreted as the soothing beverage usually associated with the afternoon, to being told to ‘skip’ an instruction that was evidently beyond him, which had Field jumping over the golf ball to Desmonde’s mounting wrath. The audience loved every moment of it. 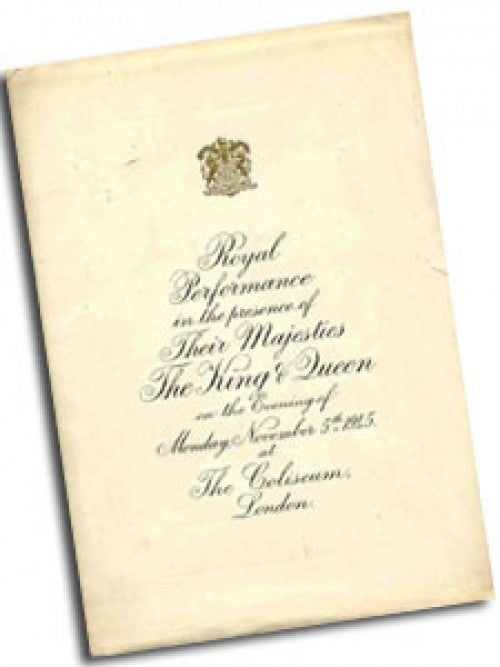 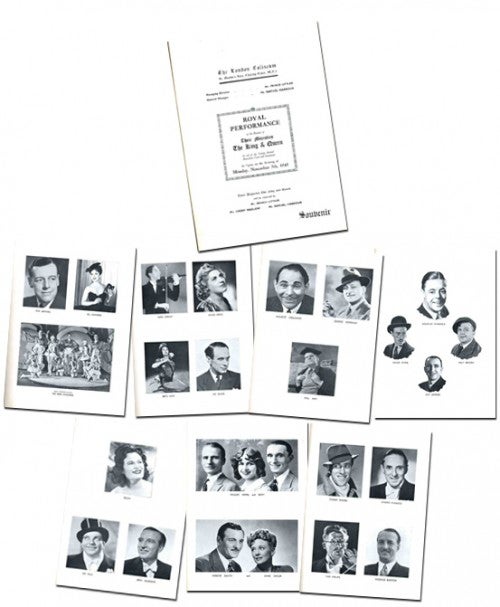