It was the beginning of the Depression, with the Wall Street Crash the year before, but the show at the Palladium was far from being a depressing occasion. A rich galaxy of stars was on the bill, including comedy due Tom Payne and Vera Hilliard, the eccentric Max Wall and his frog hops, comic Will Hay, clown Toto and the BBC dance band with Jack Payne.

The King could hardly have been more fulsome in his praise: ‘The best variety programme we have ever seen’; while The Performer’s verdict was: ‘a complete and unqualified success’.

Apart from the simple broadcasting of the show, the BBC was also having its own impact on the show- an unlikely success of stage was BBC broadcaster Gillie Potter, with his discourse on a range of subjects. The Queen was seen to be ‘literally rocking’ with laugher at this amusing talk.

An interesting note about the days when smoking was still allowed in theatres: the presenter, George Black, was reported as saying that it was usually the custom at the Royal Variety Performances for the audience not to smoke at the beginning of the evening. Nobody would have dared to light up on such an august occasion if it had not been for the King, who enjoyed a smoke soon after the start!

After the show Mr Harry Marlow, organiser and secretary of the VABR, received the following letter from Lord Cromer, the Lord Chamberlain:

I must just send you a line to congratulate you on the success of yesterday evening’s performance. It really was a most excellent show, and, as you could see from the applause in the house, it was immensely appreciated by the audience.

I hope you are satisfied with the financial results of the evening, about which you will no doubt be letting me hear later.

The Royal Variety Performance this year could have been a big break for an American dance act, the Stone Vernon Four, whose leader readily acknowledged the fact when he told the British press how proud he was to be appearing before the King. Unhappily, his wishes were to be dashed. For, only a matter of hours later, he had to announce to the same pressmen that the foursome was now a threesome and they would not be able to perform. Apparently one of their number had left the country. As the rueful spokesman explained, ‘He has taken his passport and, I believe, gone to Austria.’

JACK PAYNE AND HIS BBC BAND 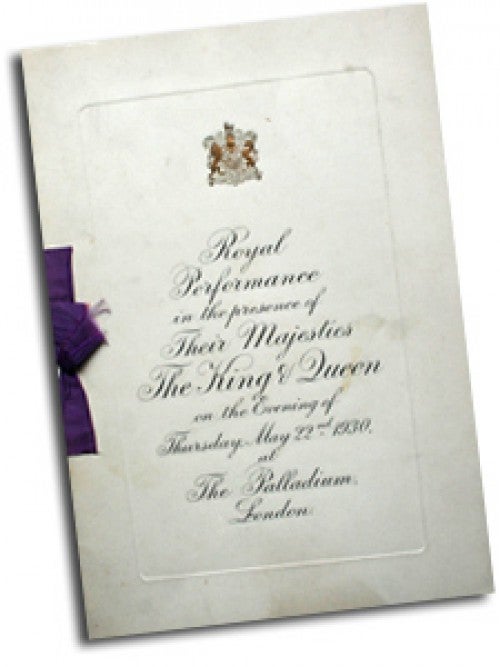 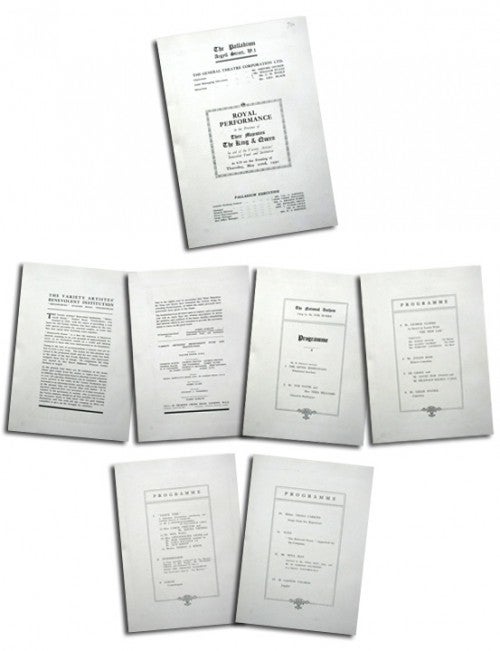