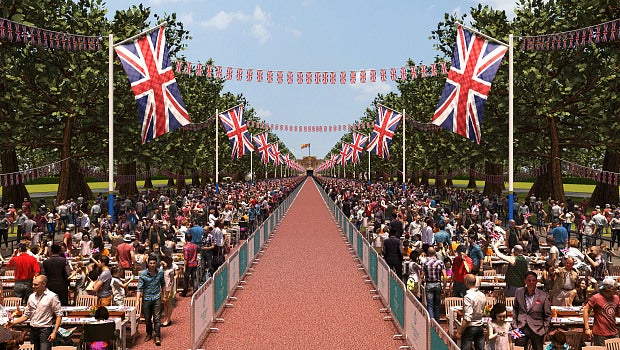 "I am delighted to confirm that the Royal Variety Charity will be wholeheartedly supporting the 'Patron's Lunch' on June 12th to celebrate Her Majesty's patronage of ours and many other charities, on the occasion of her 90th birthday.

The Royal Variety Charity has been honoured and privileged to have had Royal patronage from the reigning monarch since the early 20th Century, but no-one has served and supported our charity longer than Her Majesty The Queen.

The Royal Variety Charity is very much the 'entertainment industry's charity' and whilst it has constantly evolved, it has always existed as the entertainment industry 'looking after its own'. This would never have been possible without the unwavering support of continuing generations of our Royal Family and I would therefore like to thank, above all, Her Majesty The Queen, for all she has done in supporting our charity for so long.

I know I speak for not only the Management Body of this great charity, but also on behalf of the entertainment industry as a whole, when I say that Her Majesty's patronage has meant so much to so many in our industry. Her role as Patron has not only served as a focus and figurehead for all the great work we do, but her active involvement and support in attending our annual fundraiser, the Royal Variety Performance, no less than 39 times over 8 decades (1945-2012), has enabled us to raise millions of pounds for those in need in our industry.

We therefore look forward with much excitement to celebrating her patronage, together with other charities, on 12th June. I would urge everyone to get involved in supporting what I have no doubt will be a very enjoyable and memorable day."

Note to editors: HER MAJESTY THE QUEEN has supported the ROYAL VARIETY CHARITY, by attending our annual fundraiser, the ROYAL VARIETY PERFORMANCE, no less than 39 times over 8 decades, helping us to raise millions of pounds for those in need in the entertainment industry:-

For more information on the PATRON'S LUNCH on 12 June, please visit:-