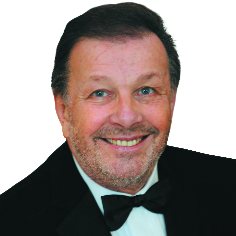 Laurie Mansfield entered show business in 1969 as a record store salesman for CBS Records. In the early seventies he worked for International Artists as an agent representing many well-known comedians such as Jim Davidson and Freddie Starr.

In April 2010 he formed a new company with his son Peter, called Laurie Mansfield Associates presenting a combination of both theatrical production and talent representation.

Laurie is a Trustee of the British Forces Foundation, which was founded by his lifelong friend and client, Jim Davidson OBE, and the charity was formed to promote and support the Armed Forces for charitable means by entertaining servicemen and women around the world.