1986 marked the 50th anniversary of television broadcasting by the BBC and as such it was appropriate that the BBC should be involved with this year's Royal Variety Performance.

The Queen Mother, warmly received after her recent illness, was treated to a surprise TV 'transplant with the cast of the BBC's Only Fools and Horse, starring David Jason.

1986 was also the year that Paul McCartney MBE returned to the Royal Variety Performance; the first time since appearing with The Beatles in 1963 and gave a very memorable debut performance of his new song, Only Love Remains.

Television was also an important part of the show, with the stars of the American cop-girl series Cagney and Lacey - Tyne Daly and Sharon Gless - going through their paces on stage.

But there was nostalgia too, with Alan Randall in his brilliant impression of George Formby, Kit and the Widow as the Western Brothers and Marti Webb as Gracie Fields.

Peter Ustinov, that most relaxed of performers, gave the Royal Welcome, while the finale with pipes, drums, bands and Val Doonican, Gloria Hunniford, Aled Jones and a surprise appearance by Dame Vera Lynn was a suitably rousing end.

Angela Rippon's was the act that everyone wanted to see, but it only happened once in a decade! She at last repeated her famous high-kicking dance routine, ten years after she startled the world by appearing in the Morecambe and Wise show and disproved the myth that newscasters exist only from the waist up.

The controversy surrounding jokes about the Royal Family raged on in 1986. Singalong Max Bygraves was determined to keep in his joke about Princess Michael of Kent. "I'll do it, I'll do it" he vowed. Michael Grade, Controller of the BBC had other ideas. "It won't get through. You just don't make jokes about the Royal Family." Max was keen to have the last word. "People forget that the Royal Family have a sense of humour. I might even think of a better joke overnight." He loved the attention of it all! But, strict protocol still prevailed in the end.

Kit and The Widow 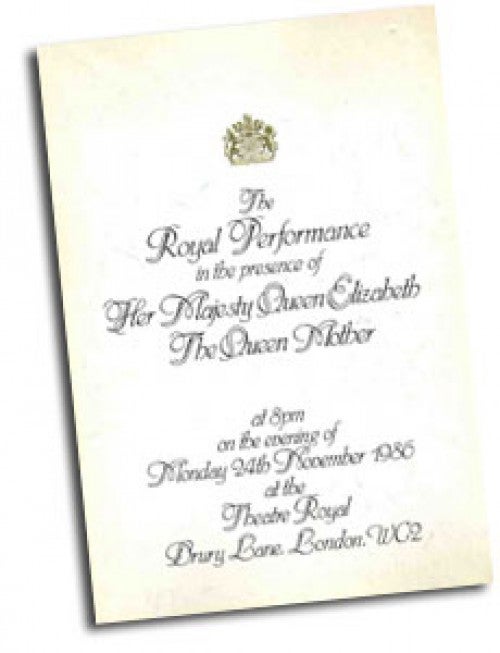 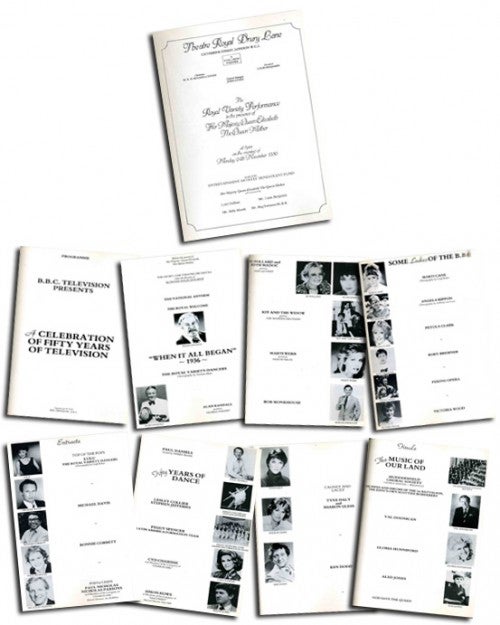