Musicals were the theme of the 1982 Royal Variety Performance, held for the third time in four years at the Theatre Royal, Drury Lane.

There were two reasons for this, explained Louis Benjamin. One was the Queen Mother's undoubted love for musicals and music hall, dating back many years. The other was that there had been two other very successful Royal shows in 1982 - one for children, the other for the Falklands Task Force's National Salute. Louis Benjamin said: "Shows of this calibre, which reached such a wide television audience as well, used up a tremendous amount of stars, thus making it increasingly difficult to find fresh RVP attractions and highlighting our constant awareness of the dangers of re-presenting the same formula over and over."  This year, he said, 'we made the show the star'.

After the Royal Welcome from actor Richard Harris there were performances from Howard Keel (on the very stage where he was virtually discovered), Anna Dawson and members of the Pirates of Penzance company; Underneath the Arches  with Roy Hudd and  others; 'Great Musical Numbers'  with David Jacobs, Billy Dainty, Leslie Crowther and more; a 'music hall'  memory from Jim Casey, Roy Castle and Eli Woods; 'Windy City'  with Dennis Waterman and Anton Rodgers, 'Chorus Line'  with Angela Rippon, and '42nd Street'  with Milicent Martin.

Esther Rantzen was one of an amazing trio of surprise singers. She was joined by Jan Leeming and Gloria Hunniford who astonished the audience when they burst into song. Perhaps it was not so much their harmonies that astounded but the outfits - they were all clad in cowgirl outfits. The song was 'Anything You Can Do I Can Do Better'  from Annie Get Your Gun.

One of the challenges in compiling a Royal Variety bill is to satisfy the constant demand for comedy. Louis Benjamin tried to make the point that you could have humour as well as comedy. There were very few pure stand-up comedians to be seen in the bill for the 1982 show, yet the show was a very big success both in the theatre and on television.

The high regard that is given the Royal Variety Show can be seen in the lengths that stars and impresarios got to in order to appear. David Merrick gave Milicent Martin the night off from performing in 42nd Street on Broadway, especially to take part in the night's entertainment.

There could only be one fitting finale for the show and Ethel Merman provided it, flying in specially to storm on stage at the end to sing 'There's No Business Like Show Business'

With one of the most celebrated stage entrances of all time, she was well able to overcome a trifling physical detail that could well have thrown less accomplished artistes.

Sitting with the hairdresser before going on, she asked to have her hair all up at the front. But a quick look from the stylist showed that if Ms Merman's hair was all up at the front, there would be nothing to cover the back of her head - a point she made as delicately as she felt she could.

"Honey, my name's Ethel Merman,"  replied the great singer, "and I've never turned my back on an audience in my life. So put it all up at the front and the hell with what anyone behind sees!"

"You'll be all right"  said Tommy Godfrey, "You stay with us, darling,"  and sat her on his knee.

"That's it boys"  she exclaimed, "I'm dressing in here from now on!"  - and she stayed in there for ages talking about American vaudeville.

'Bes You is My Woman Now' with LESLEY COLLIER, WAYNE EAGLING 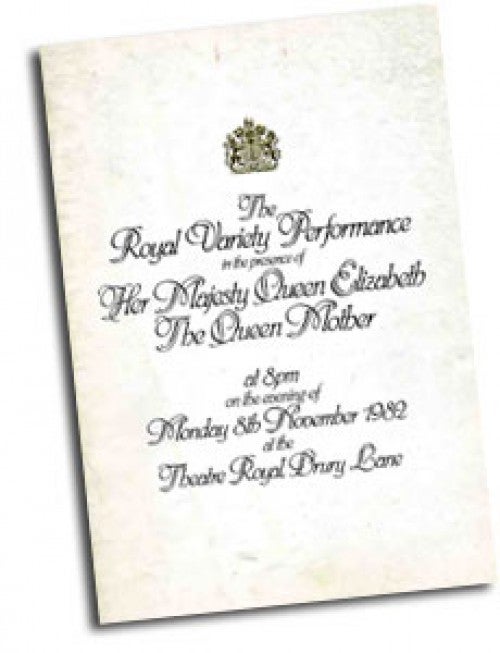 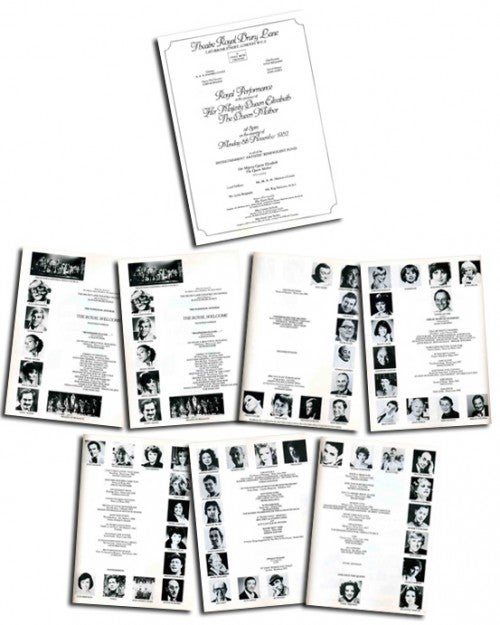