There were tears, pride and laughter in this year's Royal Variety Performance at the Palladium. Tears, as he sat in the stalls, from French singer Gilbert Becaud, who had lost his voice and couldn't perform. Pride as the England football team took the stage after their World Cup triumph. And the laughter was almost inevitable with those two masters of comedy Morecambe and Wise, masquerading as Marvo and Dolores. The Queen Mother  can hardly have seen a more hilarious act than these two with their cod magic act.

And to match the English pride on display there was a rousing scene when Kenneth McKellar was joined by the pipes and drums of the 2nd Battalion Scots Guards after they marched down the aisles to the stage in a rendition of 'Scotland The Brave'.

There were some murmurings of 'not enough ladies' in the show, though this seemed to ignore the presence of the Palladium Girls and the lovely ballerina Nadia Nerina.

World Cup winning manager Alf Ramsey held the World Cup trophy aloft on stage to loud and patriotic applause and the entire victorious team joined him, after which they enjoyed the rest of the show from the stalls.

As compere of the show, Des O'Connor was able to work very entertainingly with Jack Douglas, his stooge from many stage and TV appearances. Jack appeared  as his character Mr Ippititimus, clad in overalls, large boots, cap and steel-rimmed glasses, making his entrance through the audience and interrupting Des O'Connor as he was walking on stage.

"Did I hear some corgies barking?"  were his first words. To which the compere answered "What are you doing with that roll of red carpet?"  indicating the one Jack Douglas was carrying under his arm. "I found it in the foyer"  came the reply "It's a disgrace people have been wiping their feet on it."

They continued in this vein, and when Jack Douglas left the stage he was acclaimed one of the major comic hits of the night. Prior to the opening of the show, Jack had been asked whether he could change into evening dress for the finale, to be presented to the Royal Party after the final curtain. But Des O'Connor pointed out that out of his distinctive Ippititimus uniform he would be unrecognizable, and asked for an exception to be made and Jack Douglas allowed to stay in his familiar costume. Permission was granted.

"Thank you for some marvelous laughter tonight"  the Queen Mother said to Douglas after the show, and then remarking on his distinctive sartorial line added "but may I say you're not the smartest man here this evening!"

Frankie Howerd's royal debut in 1950 may not have reached his own high standards, but there were no doubts about his success in the Royal of 1966. In fact, he went down so well that Lord Snowdon, who was accompanying the Queen Mother, laughed to the extent that he almost fell of his chair. In the presentation line afterwards, Frankie Howerd became one of the few entertainers ever to receive a royal apology, when Lord Snowdon excused himself for laughing so uncontrollably at Frankie's act. 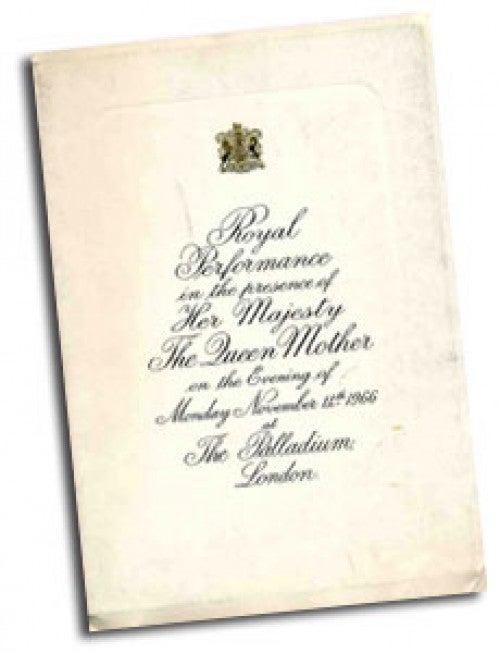 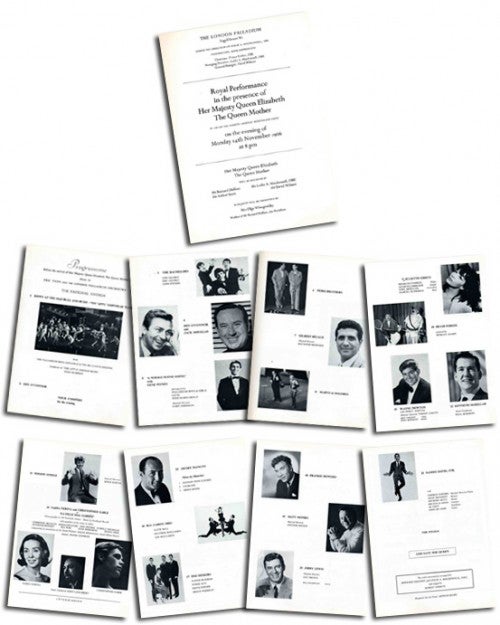