For the 25th Royal Variety Performance, the Jubilee Show, one of the all-time show business greats topped the bill at the Palladium – Bob Hope.

He was one of the fifteen artistes introduced to the Queen after the show. The others were hardly less famous names – Noël Coward, Norman Wisdom and Max Bygraves were just some.

Once again the Crazy Gang warmed up the audience, who had given the Queen a rousing reception. Even so, as The Performer reported,’ The stuffed-shirt atmosphere was dispelled only spasmodically as the audience realised they might just as well enjoy themselves.’

As part of the warm-up, the Crazy Gang sold ice cream and walked in and out of the Royal Box dressed as cleaners – the first time any artiste had used the Royal Box in this way.

As one commentator put it: ‘All this got the usually stuffed-shirted audience loosened up before the Queen, looking radiant in white with a dazzling diamond tiara, entered the Royal box, followed by Princess Margaret and Prince Philip.’

Bob Hope appeared solo and in a sketch with two other big names one of the bill, Noël Coward and Jimmy Edwards. But despite his popularity with the Royal Party, he was not without his critics. One said, ‘His offering was loosely thrown together and might have been far more telling if it had been more compact.’

Even for performers known for their sophistication and urbanity, the Royal Performance can be a terror on the nerves. Jack Buchanan attributed this in part of the well-to-do audience: ‘You can see them sitting there dressed to the nines, saying, “We’ve paid twenty guineas a head for our seats so amuse us if you can.”

In the event, the audience and the critics alike were full of praise for him. The Times had this to say: ‘For charm there was Jack Buchanan aged sixty-three, impersonating a dapper World War One officer… and there was no actor on stage with half his sparkle.’

This year’s performance underlined the rich comic talent that was around in Britain at the time: Norman Wisdom, Peter Sellers, Max Bygraves and Frankie Howerd were all in the show. All four were making their names through the newer mediums of radio and television, but, as The Stage commended, ‘They are already a part of the great tradition of versatile comedy and entertainment [variety] unique, and so often honoured by Royal patronage.’

Prince Philip exchanged notes with singer Dickie Valentine on the stage of married bliss. On asking the whereabouts of Valentine’s wife of one week, Betty Flynn, an ice skater by profession, the crooner replied that she was in the audience. ‘What a way to spend a honeymoon,’ said the Prince.

One of the features of the Royal Variety Performance each year are the elegant and fashionable dresses worn by many of the ladies present. But this year the men were also singled out by commentators – notably clothes designer Hardy Amies for the velvet collar of this ‘impeccable’ tails.

The year marked a remarkable landmark for the organiser of the Royal Variety Show, Harry Marlow. This year’s offering raised around £18,000 for the VABF – bringing the total the seventy-year-old fund secretary had raised for the charity to more than half a million pounds.

There was a surprise finale to the show when from all parts of the auditorium came hordes of ‘bobby-soxer’ girls to mob the signers on the stage, screaming as they went.

Ted Heath And His Music

Dawn White And Her Glamazons 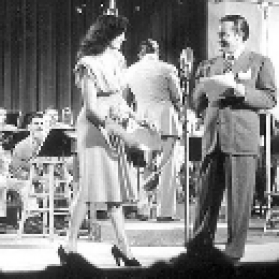 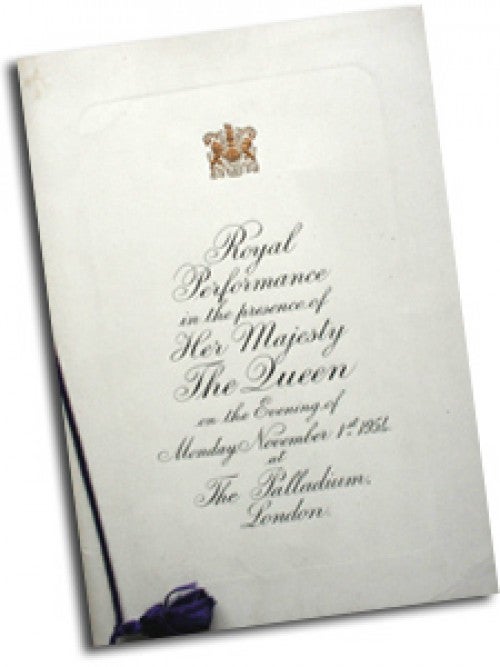 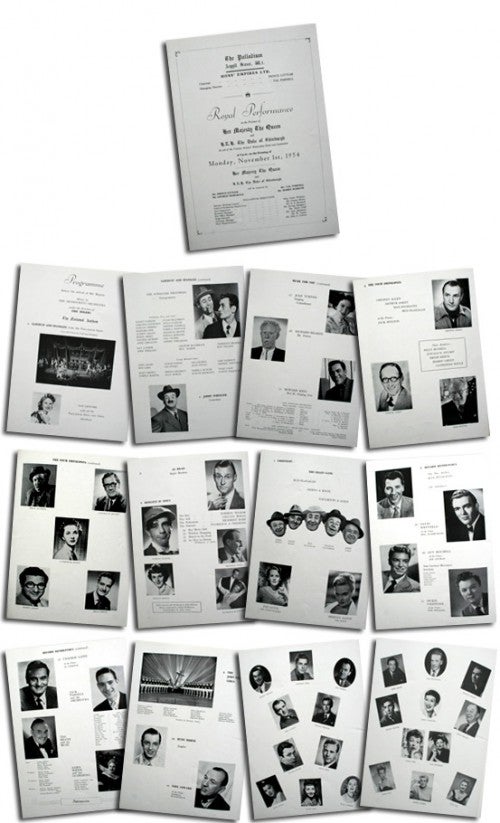