After a one year gap (during the very short reign of Edward VIII), the Royal Variety Performance came back with a flourish for the 1937 show, once again at the Palladium, and this time before King George VI and Queen Elizabeth, watching their first Royal Varity show as monarchs.

They were treated to Max Miller at the very height of this comic powers, to Gracie Fields, the Crazy Gang, the brilliant impressionist Florence Desmond, George Formby in his one and only London Royal Varity Show, and Ivor Novello conducting with the longest-ever BBC radio broadcast of the performance. It ran from 8.50pm to 9.30pm and then from 9.50pm to 10.50pm.

Most commentators that night agreed that Max Miller, the ‘Cheeky Chappie’, stopped the show. Perfectly natural and, in the words of The Times, displaying ‘his usually engaging intimacy with the usual shattering effect upon any gravity that might still be lurking in an odd corner of the house’, he was rewarded by the first unconstrained laughs of the evening.

With his legendary sartorial idiosyncrasy, he managed to outshine even his flamboyant wardrobe, appearing in strikingly patriotic pantaloons and shows. ‘I know how to dress for these occasions: nice and quiet!’ he confided amid loud laughter in which the King and Queen joined with relish.

A little later in his act he was telling a favourite story about a sailor who returns home, buys a cricket bat, raps on his front door with it and then dashes round to the back. Half-way through, with the audience in convulsions, he stopped grinned, and said with a sly glance to the Royal Box, ‘No, not tonight… any other night but not tonight’, and then went on to finish one of his sauciest stories just as he always did!

Reported to be a great favourite of the Queen, Will Fyffe was a highlight of the evening, although not without a little help. When he sang ‘One Hundred Pipers and a’ and a’’, one hundred pipers really did come one! They were members of the Greys, the Camerons and the Scots Fusiliers, and were given a standing ovation.

Unknown to the audience, George Formby was paying a special tribute to his father. Under the lapel of his suit, Formby had a diamond and sapphire pin which he wore for luck. It had belonged to his father, George Formby Senior, given to him by George V when he performed at a private party for Lord Derby’s in 1913. Formby Senior had worked even when he knew that he was dying so as to provide for his family.

and The Gypsy Boys Band.

and The Sherman Fisher Girls. 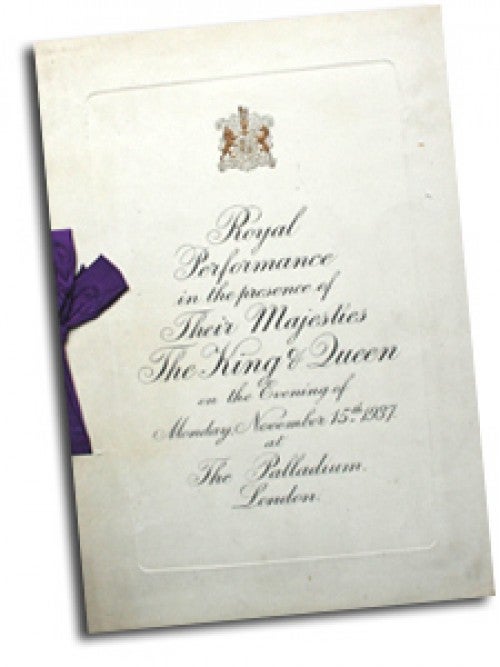 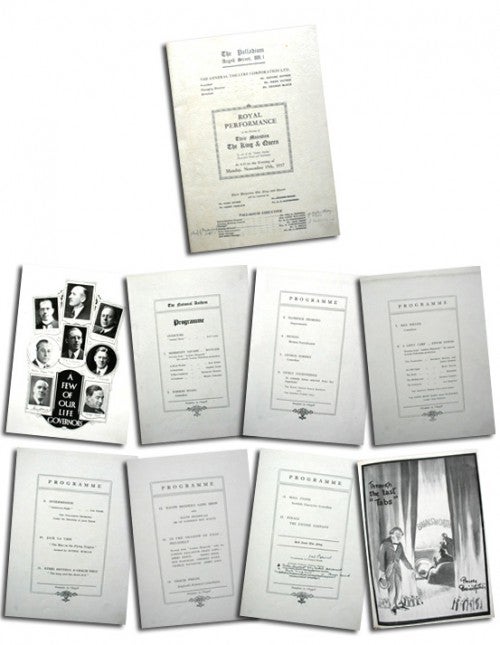