It’s hard to imagine a more varied bill than that on offer at the 1931 Royal Variety Performance at the Palladium. One of the stars was one of the all-time comic greats, the self-style ‘Cheeky Chappie’ Max Miller. The bill also included singer Gracie Field, the acrobatic South China Troupe, the Hungarian band – Alfred Rode and his eighteen Tziganes – making their UK début, the comedians James Carew and Billy Bennett, and assorted dancing girls.

The King, just recovered from bronchitis, pronounced himself well pleased with the offerings.

Panic was the order of the day for Alfred Rode and his eighteen Tziganes. They were getting dressed to go on stage when a mathematical genius amongst them realised that there were only fourteen shirts to go round! Luckily, Val Parnell had the presence of mind to tear the shirt off comedian Al Trahan’s back, and to take his spare one. George Black gave them the one he had been wearing all day, and the last one needed was donated by the landlord of a nearby public house.

The dexterity and skill of an acrobat from South China Troupe caused a sensation during the finale. He turned an amazing fifty-six somersaults, one after the other!

To be a successful comedian it helps a great deal to have a droll appearance as well as a good line in gags. Douglas Wakefield (Gracie Field’s brother-in-law) had no problem with regard to that. He miserably recalled his feelings before going on for hi Royal Variety Performance, explaining, I hope I was as funny on as I looked off.’

DEBROY SOMERS AND HIS BAND 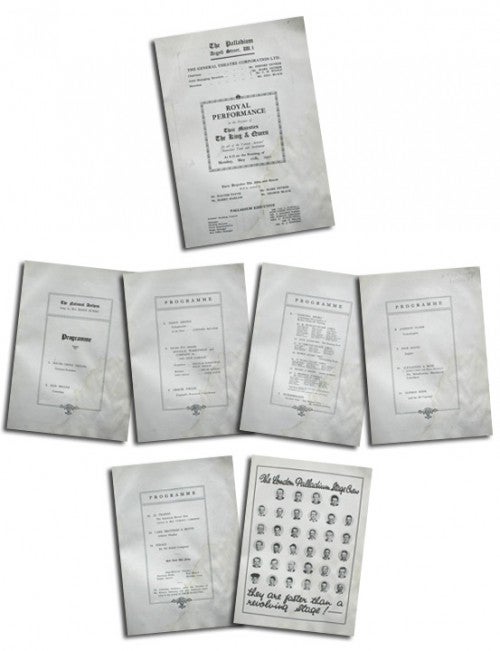 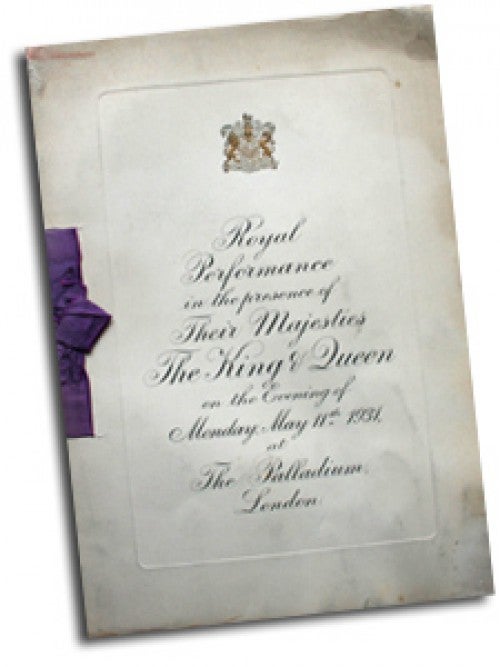