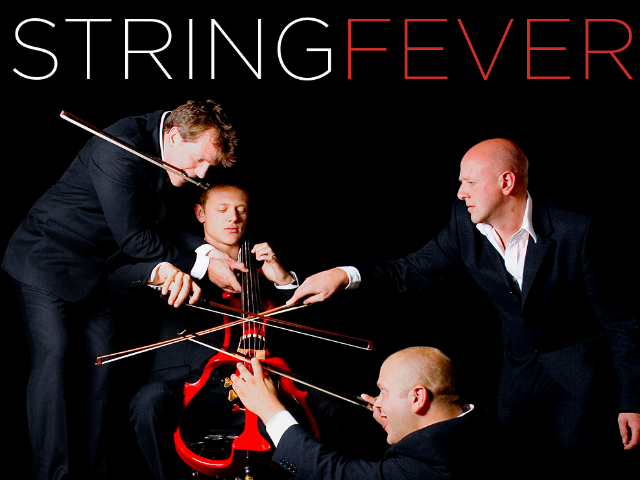 STRINGFEVER show in aid of RVC

Chairman Giles Cooper will be promoting Stringfever at the Leicester Square Theatre at 4pm on Sun 20th Nov 2016 in aid of the Royal Variety Charity.

The Royal Variety Charity is delighted that Stringfever will be performing in an exclusive fundraising show, in advance of their major 2017 UK tour, at the Leicester Square Theatre on Sun 20th Nov 2016 at 4pm. Tickets available here: TICKETLINE 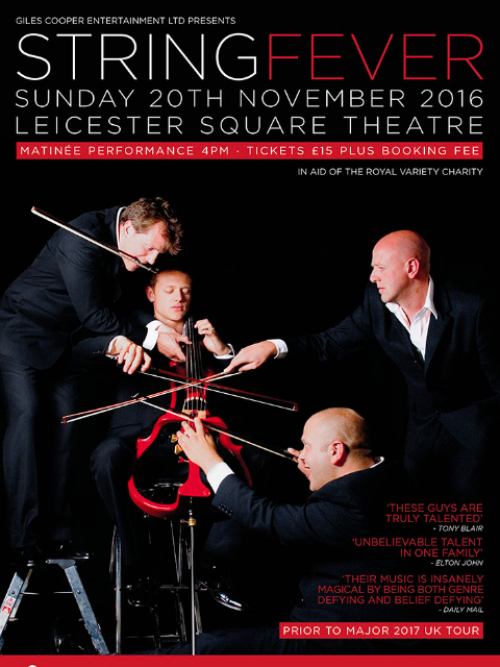