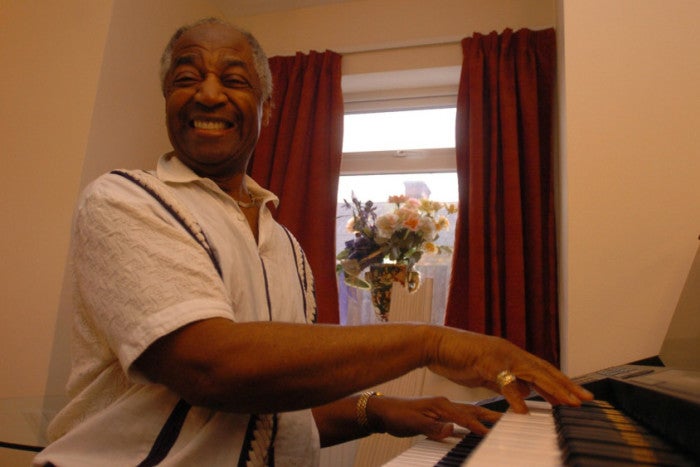 It is with deep regret that we announce the passing of one of our much loved residents, Steve Clark on 26 January – the remaining sibling of the fabulous tap-dancing Clark Brothers.

St Mary’s in Twickenham was the setting for a glorious celebration of his long life, attended by a veritable cornucopia of UK celebrities.

Steve – who was 92 when he died – would have loved it. One of the mourners said: “I imagined him sitting in one of the pews at the back enjoying every moment.”

Another added: “It was a joyous day, full of dance, song and laughter.”

Tributes were led by the chairman of the Royal Variety Charity, Giles Cooper, with veteran actor Simon Callow and Grand Order of Water Rats preceptor Roger De Coucey also waxing lyrical about the man whose autobiography was called Living with Legends.

Award-winning director Theo Delan, who cast the Clarks in an NTL advert, recalled: “Steve’s stock of fascinating stories was limitless. He’d met and worked with everyone – Louis Armstrong, Frank Sinatra, Elvis Presley, The Beatles – even Al Capone. But my most abiding memory will be of his warmth, humour and kindness. He never stopped being the consummate entertainer.”

After the service, he was taken to Dunstable to be buried next to his brother Jimmy, who died in 2009.

The twinkle-toed duo moved to the town so Steve could have peace and quiet to write his memoirs.

Charity spokesman Ian Freeman said: “He was a beautiful man, much loved by everyone at our charity and the residents and staff at our home. He leaves a legacy that will live on for ever.”