The Prime Minister John Major visited Brinsworth House on 1st December 1993 and presented a cheque for £12,500 on behalf of the Grand Order of Water Rats (of which his father was a member) to the Administrator of Brinsworth House, Peter Elliott. 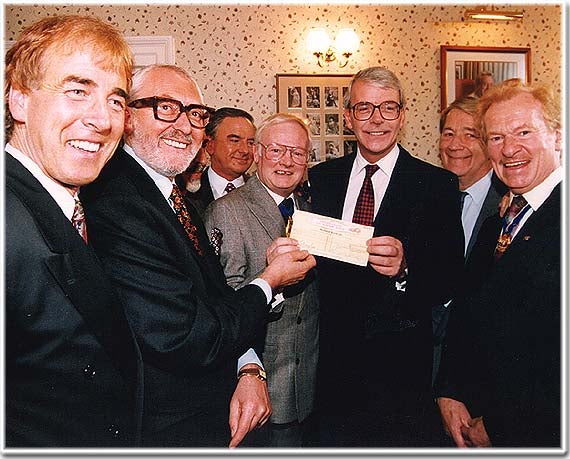