PALLADIUM VARIETY SHOW in aid of the ROYAL VARIETY CHARITY

Chairman Giles Cooper produced and presented ‘Sunday Night at the London Palladium’ – a night of variety in aid of the Royal Variety Charity on 25th June 2017. 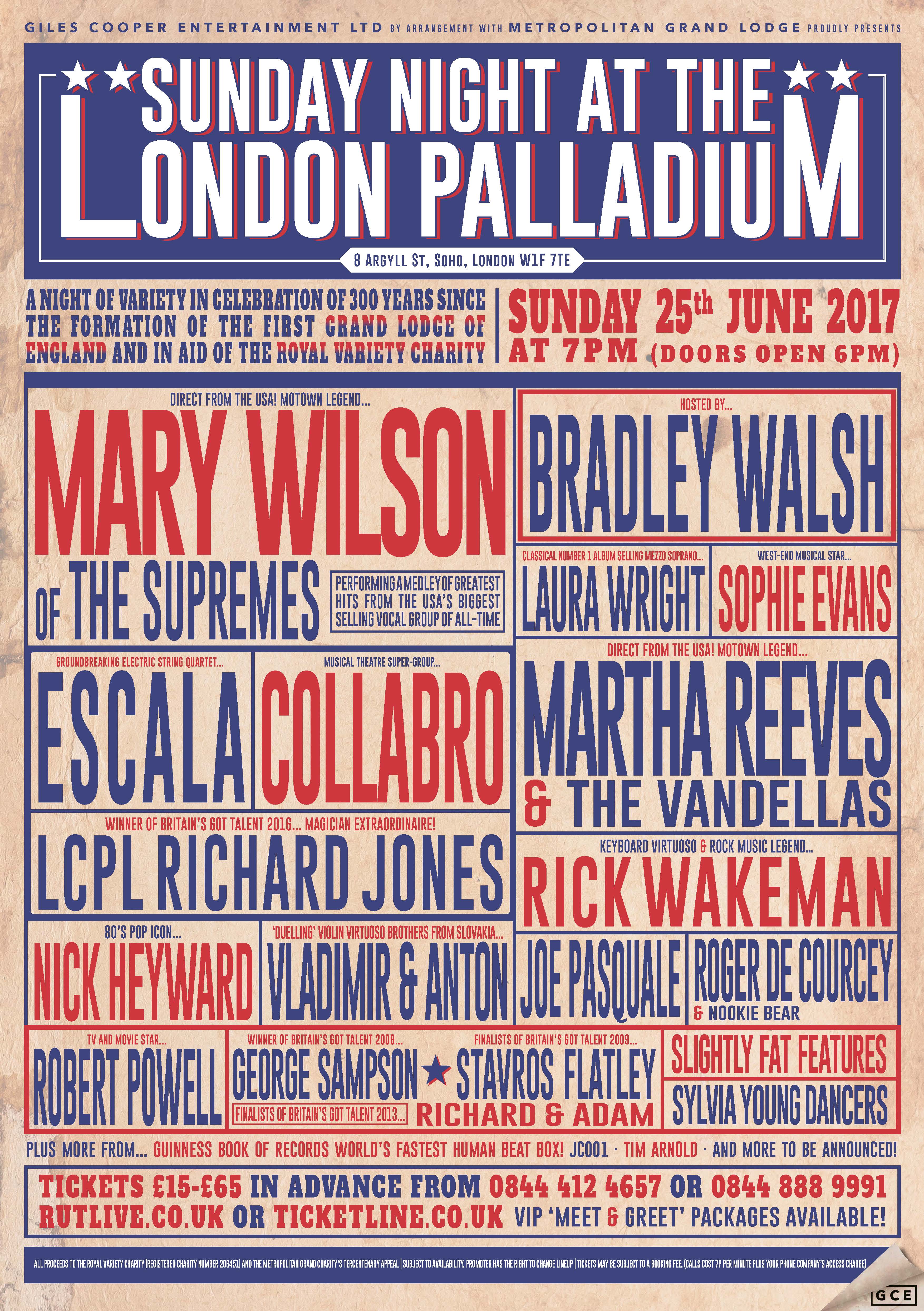 The show raised a considerable sum for the Royal Variety Charity and the Trustees of the RVC would like to record their thanks to Chairman Giles Cooper, the production team and all of the artists for giving up their time to produce such a splendid show to the benefit of our great charity and its many beneficiaries.

The 2020 Royal Variety Perfrormance Souvenir Brochure is available to buy in our online store!…