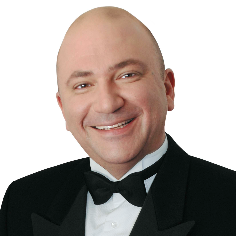 Giles Cooper began his career in entertainment in the late 1980’s working on the weekly music papers Melody Maker  and the New Musical Express (NME).

In 1992, he joined advertising agency, Sold Out, as an Account Director where he marketed numerous tours for bands including U2, Oasis and the Rolling Stones, as well as music festivals such as Glastonbury, V-Festival and Reading.

In 1998, he founded the arts & entertainment agency, Media Junction, later developing it into the Soho Media Group  of media and entertainment companies.

Some of Soho Media Group's most notable projects have included:-

Giles Cooper is also CEO of Giles Cooper Entertainment Ltd t/a GCE Live and with almost 30 years in the industry, has produced numerous theatre tours (resulting in over 600 regional theatre performances and countless performances in London's West-End), promoted hundreds of UK music tours and promoted several of his own, outdoor music and comedy festivals.

GCE Live is also well-known for promoting outdoor concerts in the grounds of English Heritage ('Heritage Live') stately homes such as the 15,000 capacity Kenwood House on London's Hampstead Heath and the 20,000 capacity Audley End House in Saffron Walden. In recent year's, GCE Live has promoted concerts for Noel Gallagher, Kris Kristofferson, Hacienda Classical, Van Morrison, Madness, Jose Carreras, the Hives and the Jacksons, amongst many others.

In 2006, Giles Cooper was elected a fellow of the RSA (Royal Society for the encouragement of the Arts).

In 2007, Giles volunteered his services to the Royal Variety Charity (formerly the Entertainment Artistes’ Benevolent Fund - EABF) and after spending just shy of 3 years as a Member of the Executive Committee, was voted Chairman of the charity in November 2010. The Royal Variety Charity assists thousands of sick, elderly or impoverished entertainers each year and also owns and runs its own nursing and residential care home, Brinsworth House in Twickenham, for people who have spent their lives working in the entertainment industry.

In 2015, Giles Coper succesfully ganied permission from the Cabinet Office and Buckingham Palace to change the name of the charity from the Entertainment Artistes’ Benevolent Fund - EABF, to the Royal Variety Charity.

In Jan 2016, Giles Cooper called for a new election of voluntary Officers for the charity, during which he was re-elected as Chairman of the Royal Variety by unanimous vote.

The Constitution of the Royal Variety Charity dictates that it is the elected Chairman, together with the honorary Life-President, who organise and have overall responsibility for the annual Royal Variety Performance and as such they act as Executive Producers for the annual fundraising show.

The Royal Variety Performance was first staged in 1912 to just 1,200 people, but today is viewed by over 150 million television viewers around the globe, making it the longest running and most successful entertainment show in the world. The show is seen as very much a British Institution, celebrating both new and established talent from around the world each Christmas, in support of the Royal Variety Charity.

In 2012, Giles was invited to work as a permanent consultant to an All-Party Parliamentary Committee for the promotion of UK comedy and regularly visited the House of Commons  to give advice and opinions on the industry. He served until June 2014

In 2014, Giles Cooper was awarded Freedom of the City of London.

In  Jan 2016, Giles was re-elected as Chairman of the Royal Variety Charity and again in October 2020 by unanimous vote.